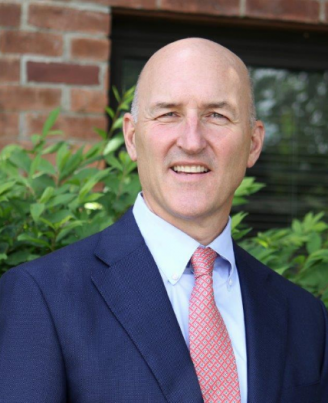 I grew up in Westwood, Massachusetts in a family of 7 kids, with a dog, a cat, and a pony named Lucky Lou.  He was never a threat for the Kentucky Derby but he was a great horse none the less.  One benefit of having a large backyard at that time was it always became the gathering place for myself and 10-12 neighborhood friends to play whatever sport was in season on any given Saturday.  About 12 years ago I moved to Scituate where I currently live with my wife Kim and our children Charlie (age 14), Bridget (age 13), and Jack (age 10).  We love living near the water and really enjoy both the warm summer days at the beach, as well as watching the waves slam against the seawall during a Nor’Easter in the winter.  When we are not chasing down storms, a good portion of our time is spent on a ball field somewhere on the south shore.  The passion I had for playing sports as a child has stuck with me during my adult life and has led to my current coaching career which includes my kid’s football, baseball, and soccer teams.

Prior to starting a family I attended the University of Rhode Island where I earned my Bachelors of Science degree and also played on the varsity football team for 2 years.  Unfortunately the dream of playing football for a living ended at that time and I realized I would have to find another profession.  During my college days I had watched my Dad take our relatively small family insurance agency in Braintree, The Murphy Insurance Group, and it expand it into one of the largest full service insurance brokers in Massachusetts.  In 1990 I joined the agency specializing in life insurance, estate planning, and business succession planning.  In working with families and business owners I felt it was necessary to have a deeper understanding of the challenges they faced with their insurance and financial planning needs so I obtained my CLU® designation, Chartered Life Underwriter, from the American College.  I later added my series 6, 63, and 7 which are all related to the buying and selling of mutual funds and individual securities.  I am also the vice president of Boston Benefits Foundation and a board member of the Braintree Chamber of Commerce.

In forming The Murphy Financial Group it allowed me to combine the services we offered our clients on their insurance needs with the financial planning expertise we are providing as an independent financial advisor through Commonwealth Financial Network.

I hope you have enjoyed learning more about myself, my family, and our practice.  I look forward to hearing more about you in the years to come. 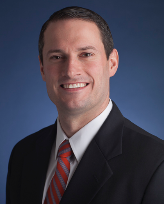 I was born and raised in Roslindale (Rozzy), MA and currently live in Walpole with my wife Mary and our two children Daniel (12) and Caroline (9).  These two keep me busy year round with their hectic activity schedules and an envious social life.  Danny and I share a number of common interests, especially when it comes to sports.  I think this is why I have been drawn to coaching and spending as much time with him as I can.  My neighbors always joke how coaching his sports teams is like a second career for me.  In fact, a number of them just call me “coach”.  I have dabbled as an assistant coach for soccer, flag football, and baseball over the past few years.  Caroline, on the other hand, spends a great deal of her time in gymnastics, soccer, and her new passion: Irish Step Dance.  Unfortunately, I don’t think Caroline will want any coaching from me when it comes to dancing.  As a family, I would have to say spending our summers in West Hyannisport and Craigville Beach are something we look forward to every year.  It gives us a chance to spend time with family from out of state and take advantage of my in-laws boat for tubing, knee-boarding, and fishing.  There might be a stop or two at the penny candy store or 4 Seas Ice Cream where we like to indulge a bit.

My passion has always been on the basketball court.  I grew up with two older brothers and they never took it easy on me.  I think it taught me that I will need to fight for something if I wanted it bad enough.  I was the captain of my team at Holy Name and was a big contributor to our State and New England Championship run back in 1998.  This was the last tournament I played in before graduating high school and I thought that it was a great way to end my career as I was not planning on playing in college.  I moved on to Boston University, which is a Division 1 school, and I just wanted to be a part of the program so I was able to join up as a team manager.  During my sophomore year, I earned a spot on the team as a walk on.  I will never forget how this unfolded because I showed up for a 6am practice on a Wednesday and the head coach of BU explained, unbeknownst to me, how he had spoken to my coaches at Catholic Memorial.  He told me that he wanted to give me a tryout, but was doing his due diligence to see what type of player and person I was.  The next thing you know, I was back at the gym after classes and a member of the team later that evening.  This was one of the greatest experiences of my life as I played on the same court as guys that made the NBA and have been able to share these stories with my children.  I always leave out the part where the first time I got the ball, I turned it over.  For those of you that know the movie “Rudy”, I guess you could say it turned out in a similar way for me.  I still play basketball every Tuesday night at Holy Name in West Roxbury (where it all started) and am now the head coach for Danny’s team.

The Kelley family got a little bigger in 2015 when we brought Bentley, our Puggle, into the fold.  He is such an amazing member of the family and the kids simply adore him.  Unfortunately, they love dogs so much that they keep pressuring me to get another one.  I am sure they will win that battle someday, but for now Bentley will have to do.  Not many people are familiar with Puggles as they are a mix of a Pug and a Beagle.  He has a cute wrinkly face, curly tail, and loves to cuddle.  In fact, he sleeps under the covers with Caroline and rests right up against her legs.  My neighbors must love when he is outside on the runner and you can hear that distinct howl that almost sounds like he is being tortured.  As you can imagine he is a big fan of other dogs walking by, the mailman, and any other visitors.

I graduated from Boston University with a BS in Business Administration.  My concentration at that time was in finance.  I was always fascinated with numbers even as a child and for a time thought I would end up as an accountant.  Ultimately, a family friend and future mentor led me to a career in financial planning with American Express.  It didn’t take long for me to get hooked as I saw the immediate impact a financial planner could have in one’s life.  It was incredible to witness how one meeting could literally change a person or family’s life and set them on a path for financial success.  In fact, I felt so strongly about this impact that I wanted to cast a wider net and received additional training on the management side of the business.  In 2005, I was promoted to Field Vice President in Portsmouth New Hampshire and was running a staff with over 40 financial advisors and 3 Field Managers.  In the long run it was very important for Mary and I to start a family and raise our future children in the Boston area.  As a result, I moved on from my position in management and joined Commonwealth Financial Network in 2008 so that I could continue my passion of helping others realize their dreams.  In 2010, I had obtained my CERTIFIED FINANCIAL PLANNER™ certification so that I could better understand every aspect and situation a family or business owner might encounter tax and estate wise.

Now you know a little bit about me and my family.  I look forward to learning more about you and your interests, family, and goals for the future. 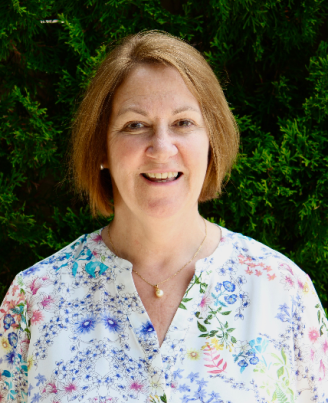 Eileen has been the director of first impressions for The Murphy Financial Group since 2014.  She is the warm, friendly, energetic person that greets every client that comes through the door or calls into the office.  Eileen will make you feel welcome instantly and enjoys getting to know all of our clients on a personal level.  She resides in Hull and loves to spend her free time on Nantasket Beach. 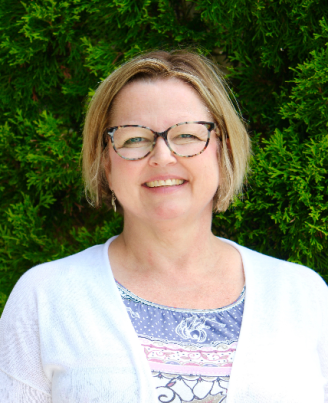 Sue has been with The Murphy Insurance Group since 2005 as an operations associate.  She divides her time working with both the Insurance and Financial departments.  She is responsible for the daily execution of all business processes and workflows including client mailings and forms, operations reporting, continuing education & licensing, and other activities related to the operational efficiency of the firm.   Sue resides in Braintree with her husband Rusty and they have two boys Tim and Josh.